Now, Business Facilities magazine lists our city as no. 6 on top millennial magnets in its 17th annual “Metro Rankings Report.”

The magazine, targeted to corporate site selectors, mentions the diverse community, attractive quality of life and low business costs as reasons 25- to 41-year-olds want to come to Tucson.

“Tucson has one of the highest concentrations of startups of any U.S. city its size,” the report notes. “Thriving growth sectors in Arizona’s second-largest city include biotech, information technology, optics and solar power.”

Startup Tucson and the University of Arizona’s Center for Innovation lead a startup ecosystem that supports innovative ideas coming to market. A Tucson downtown renaissance has enlivened the city core with culture, entertainment, restaurants and nightlife.

These and other features have attracted companies to move here. They, in turn, bring millennials with skills to use, ideas to launch, companies to lead and families to raise.

Haven Life’s survey of metro areas measured how many people born between 1981 and 1996 moved among cities during 2009 to 2017. Tucson took longer than many cities to recover from the Great Recession that preceded those years. Its economic challenge showed up in the 2015 Milken Institute’s annual “Best Performing Cities” survey, which measures economic opportunity. Tucson ranked 175th out of 200 large metropolitan areas.

Several agencies and organizations took a deep dive into what corporate real estate site selectors want and work to meet those desires.

New venture capital funds are supporting local startups, including those spun off from increased activity at Tech Launch Arizona, the University of Arizona’s commercialization arm.

The hard work has paid off. Milken ranked Tucson 41 in its 2021 survey, up 36 spots from 2020. The city’s advanced technology rankings were particularly good, put at no. 15 for high-tech GDP in 2018-2019 and high-tech industry concentration (location quotient count) in 2019.

Tucson metro officials learned their lesson from the recession. Sun Corridor already has put together a progressive plan to recover from the COVID-19 disruption. Several observers say Tucson is in position to recover quickly.

It’s almost as if Milken had Tucson in mind when it wrote in its 2021 survey that successful cities will be those who can balance opportunities in high-tech industries with affordable living costs.

“Cities that support innovation as well as inclusion are more likely to provide a foundation for broad-based economic growth,” according to the report. That’s exactly how Tucson attracts millennials looking for new places to thrive.

Commercial Real Estate Group of Tucson can help companies identify Tucson commercial property that suits its need to attract millennial talent and drive. Contact me for a complimentary consultation, +1-520-299-3400. 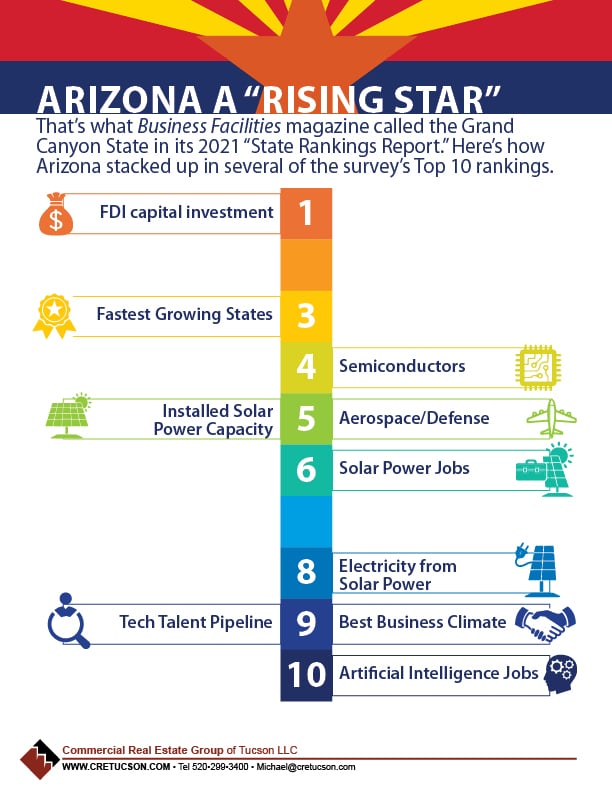 About Michael Coretz
In my 25-plus years as a commercial real estate tenant representative, I’ve picked up a wealth of information and expertise. I’m passionate about making sure that corporate users, tenants and buyers like you get a fair deal and the best solution for your business’s bottom line.COMMERCIAL REAL ESTATE GROUP OF TUCSON specializes in representing tenants and corporate users across the United States, Latin America, Europe and Asia. For more information, call 520-299-3400.
Milken / COVID-19 / startup / economic development / expansion / headquarters / quality of life / rankings / relocation / workforce 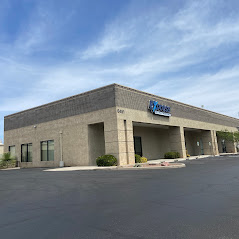